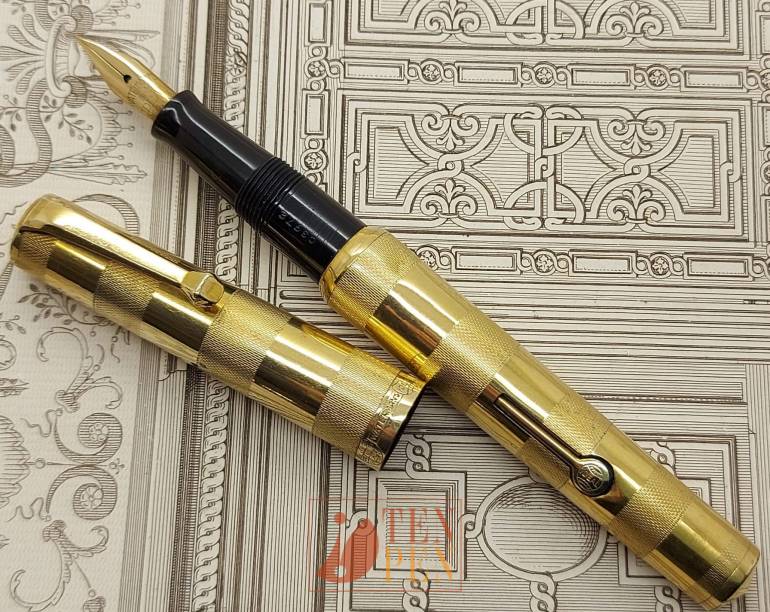 In Italy during the 1920's and 1930's and well into the '40's it was very common to have standard Waterman models enriched with precious/semi-precious overlays to make them more appealing for the Italian market.

Later overlays tend to be simpler and more influenced by the Art Deco sober and geometric style.

This Waterman 52 has a very appealing Art Deco geometric overlay which shows the anti-counterfeit logo registered by the Italian Waterman Agent of the time. The style of the overlay and the clip are typical of Kosca (Milan) products.

Beyond the official Waterman anti-counterfeit logo, on the cap lip there is a small oval with  "E.E.E.".

The three "Es" are the logo belonging to the Ercolessi pen shop in Milan, so this pen must have been produced  on commission to be sold by the shop  to its customers. The pen also shows a serial on the grip which may refer to the number of pieces which were produced, which makes it even more interesting and fascinating.

The pen is beautifully shiny and has no brassing;  it is a great wrier with a soft and flexible nib..

Unfortunately there is a tiny ding on the barrel, so the pen is priced accordingly. 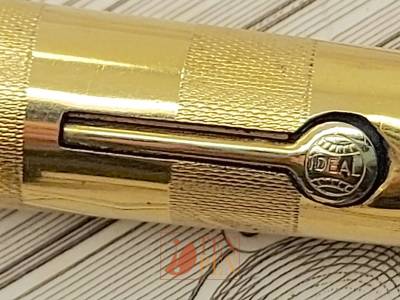 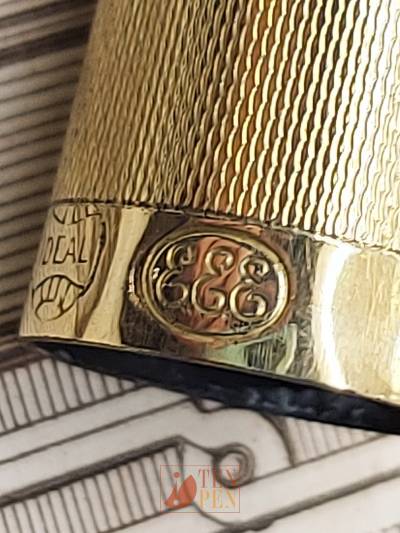 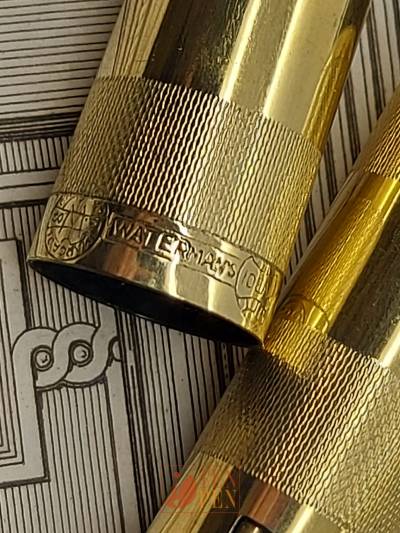 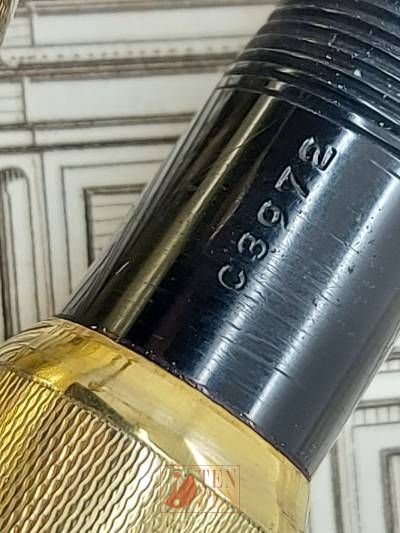 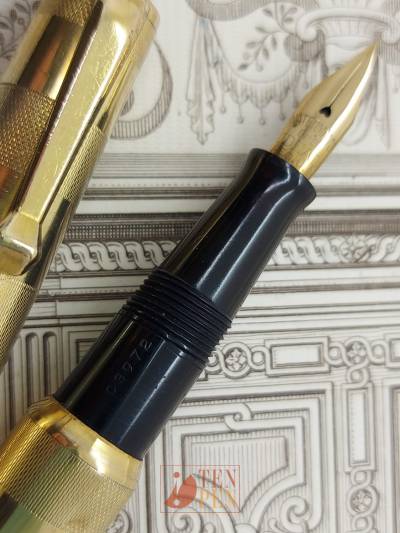 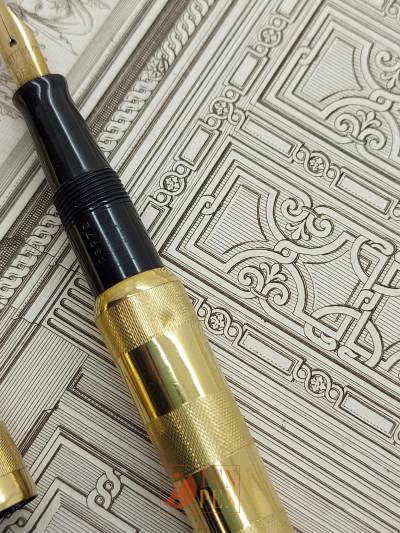 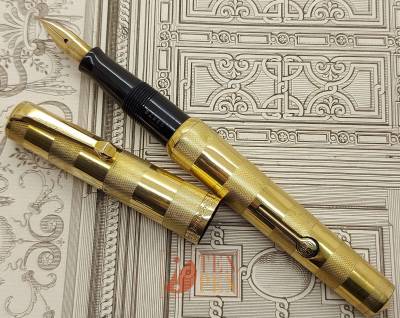 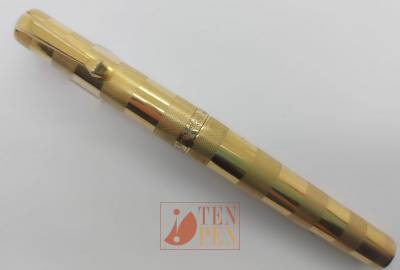