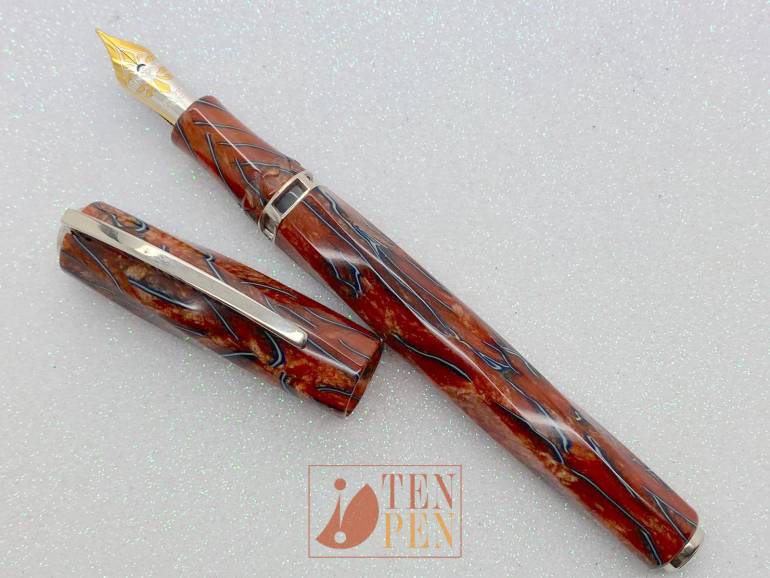 The book analyzes mathematical proportions  with reference to the golden ratio  (1:1,618) and their applications to geometry, to visual art  and architecture.

The design of the pen has been developed applying the golden ratio to cap and barrel in order to have a perfect pen.

Perfection of lines and design are furthermore enhanced thanks to the application of the pentagon, the perfect , never ending spiral referring to Fibonacci’s sequences.

The original packaging of the pen contains in fact a compass which was used at the time to trace circles and pentacles  which were the expression of the “quintessence”, absolute perfection.

The Divina Proporzione was re-introduced on the market in 2012 with a different look.

This time Visconti used a fancy brown/pinkish celluloid with blue steaks which recalls springs of water in the desert.

The pen was named Divina Desert Spring. It is a limited edition with a similar packaging as the previous Divina Proporzione.

The nib is Palladium and it is grade F.

The celluloid Visconti used recreated a pattern which had been used in the past by Parker and Montegrappa, a very evocative chromatic combination. 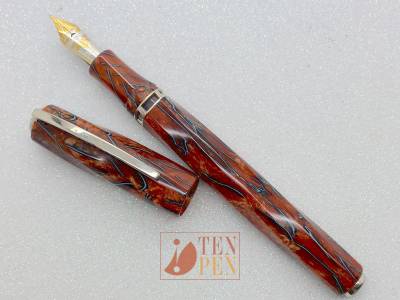 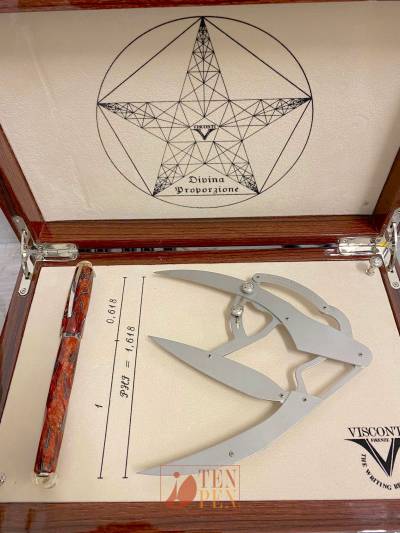 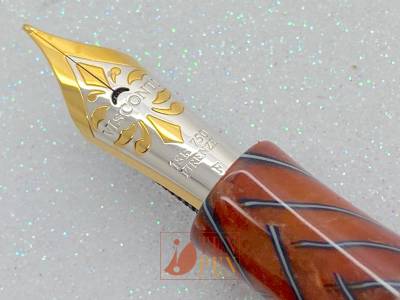 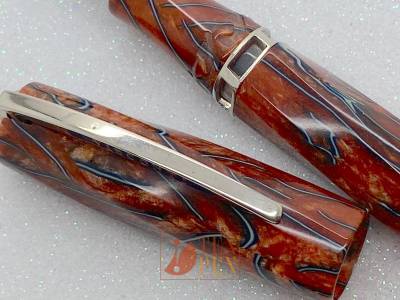 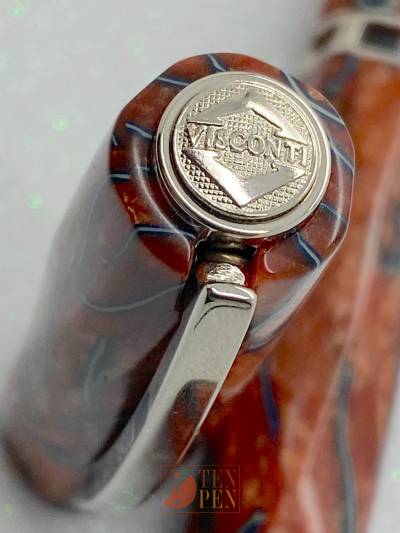 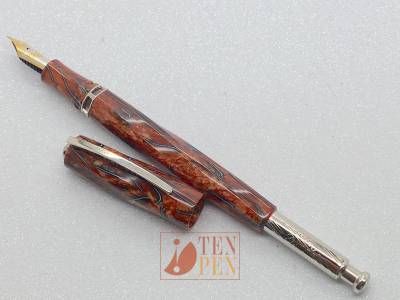 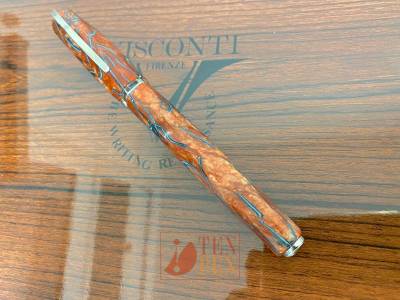