Doctor's pens are among the rarest Italian vintage pens.They  have been produced only by a very few companies: Omas, Kosca and Tibaldi.

While I have seen more than a dozen Omas Doctor's pens, the number of Tibaldi Doctor's pens I have encountered in some 30 years of pen activity is lower than five.

This pen is one of these.

The principle of a Doctor pen is very simple: the internal barrel is divided in two sections: one is meant to hold ink while the other is meant to house the thermometer.

Omas  produced a Doctor's pen as a lever filler in ebonite but, as a rule, Doctor's pens are all eyedropper fillers.

This pen is in pristine condition and it has it original box. The thermometer is fully original ad not a replacement form the 1960's as it often happens.

The nib is very early and very flexible... although I would not suggest to use this super rare pen as an everyday writer!

The overlay is rolled gold. The guilloché decoration with wavy lines is typical of Tibaldi overlays. 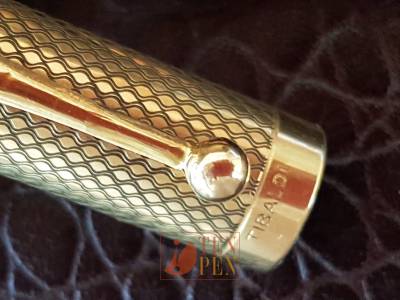 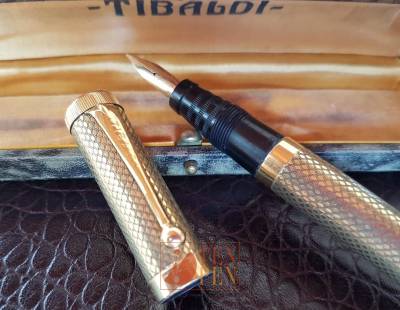 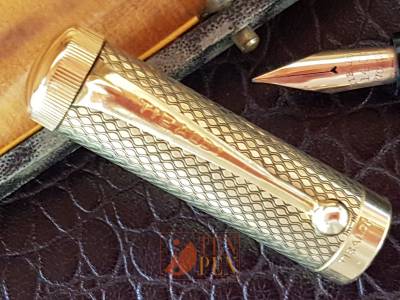 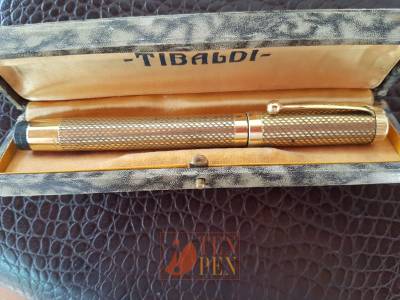 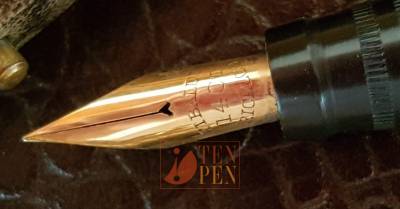