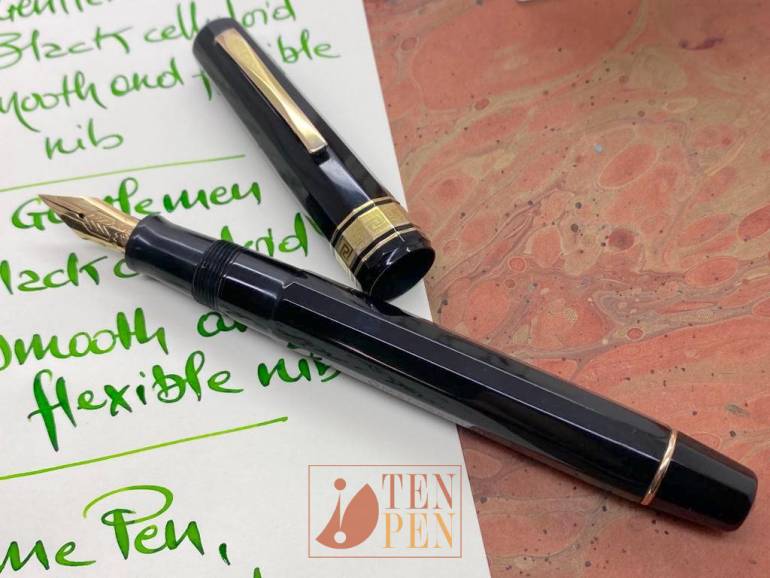 In the 1960's Omas restyled the line of its top of the range models. The traditional 55X line was replaced by  three new models which had a rich greek key cap band.

Actually the only remarkable difference between the old and the new models was the style of the cap band. Size and design remained basically unaltered from the past.

The nibs used for this range of pens remained the precious and highly performing Extra Lucens 14 ct which came from the famous pens from the 1930's.

The Gentlemen is nowadays one of the most desirable Omas writers in black celluloid along with its 557/F counterpart.

This pen is fitted with a very pleasant 14 ct Extra Lucens nib, which is smooth and flexible and can go from  M to B. 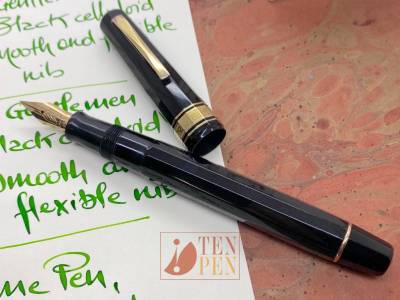 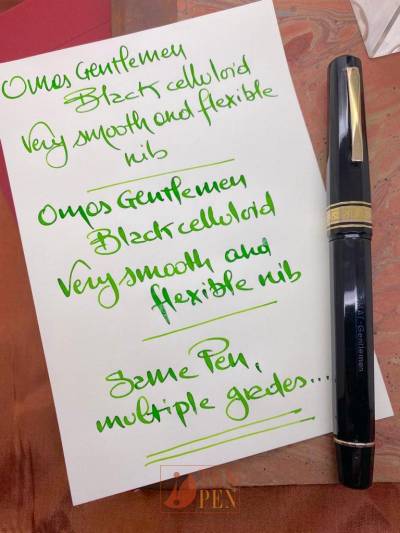 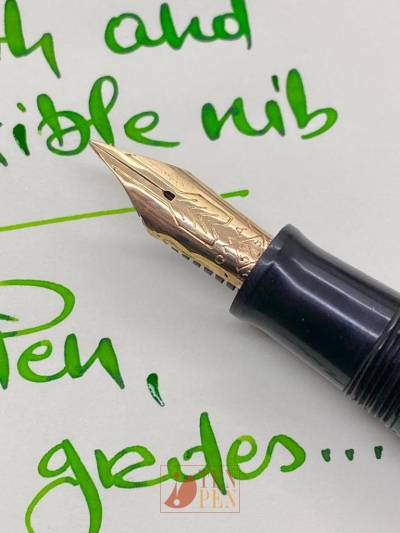 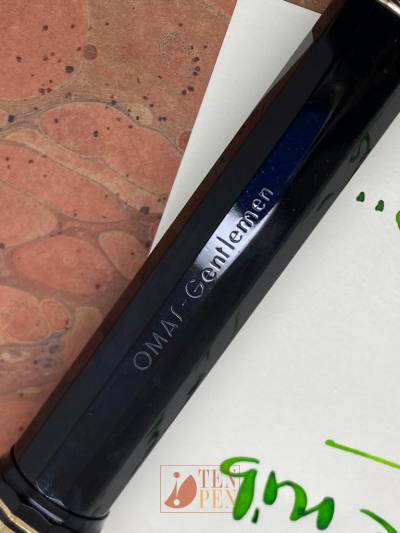 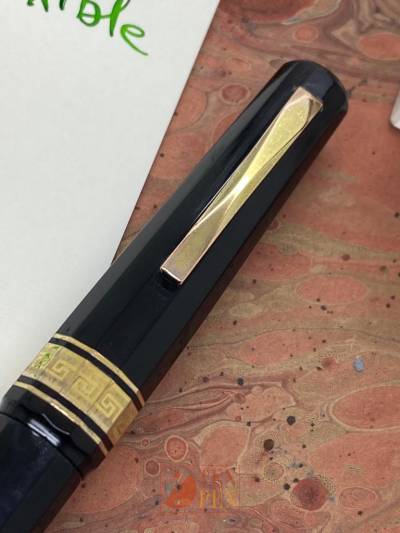