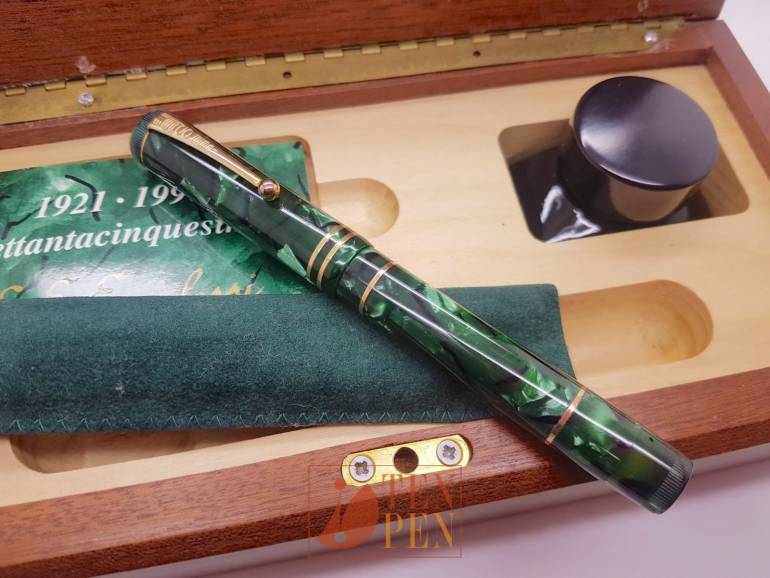 This pen is in near mint condition. It has been used just once to test the nib. The packaging is not complete as the bottle of ink has been opened and the internal lining of the box has been removed ( I suppose it was stained) and there is no outer box.

It is a beautiful piston filler in a fantastic color. 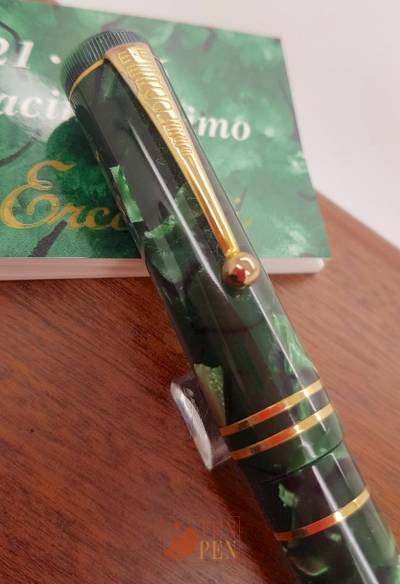 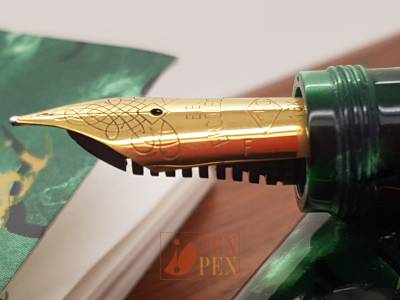 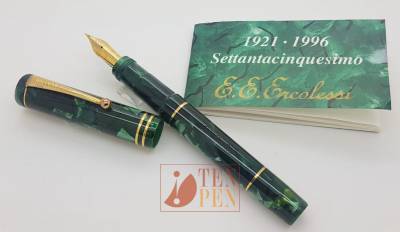 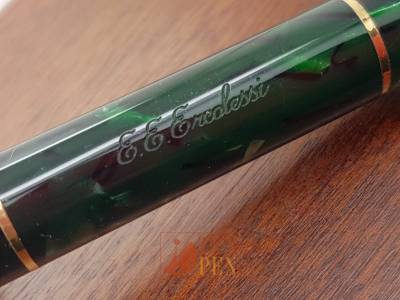 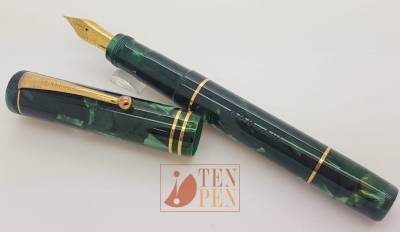 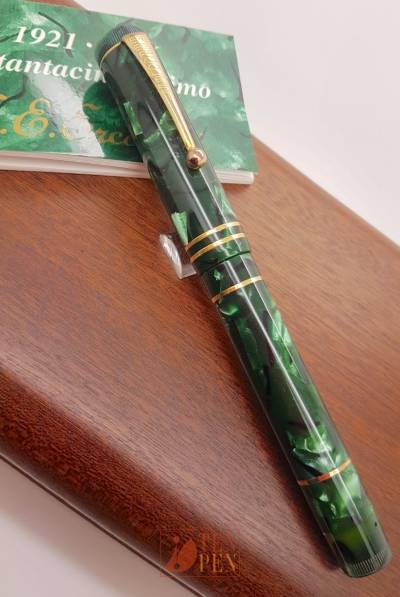 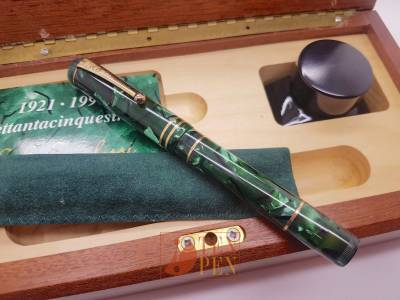