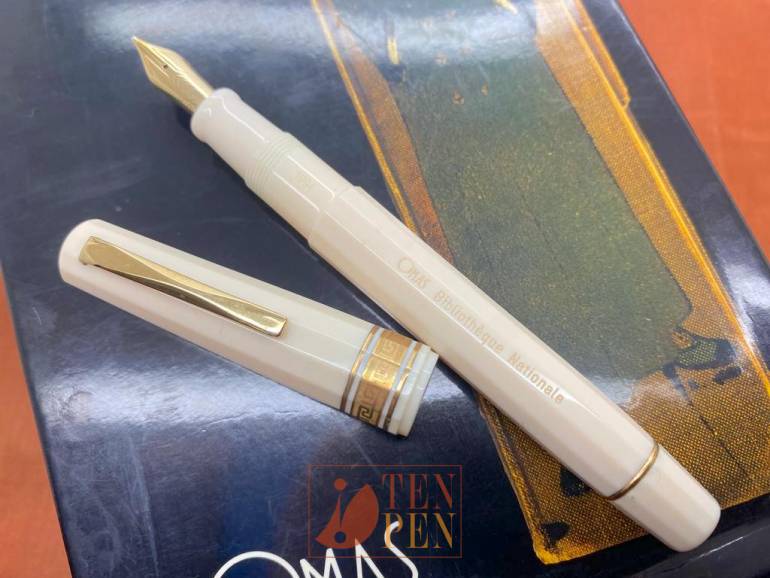 The model Omas used is the Milord. The milky white color was chosen to make reference to the color of parchment which was the basis of early books, before paper started being used. The gold accent of the cap band and the clip recalls the precious decorations carried out by amanuensis in the Middle Ages.

The date on the section was changed year after year, starting from 1993 till 1999, when the last models were marketed.

The pen is strikingly beautiful, very light and balanced in the hand.

This pen is marked 1994 on the section and it is unused.

The pen comes with its complete packaging. 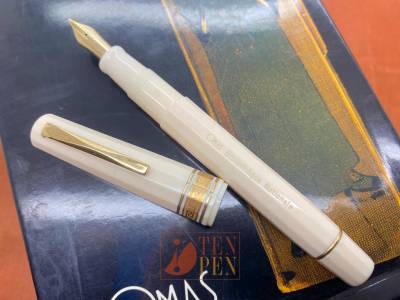 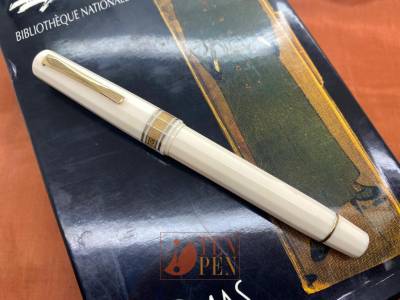 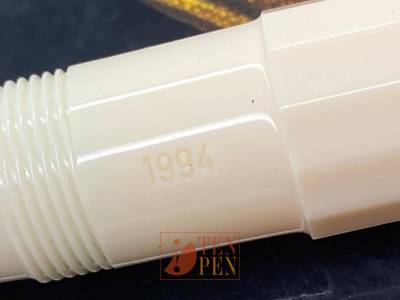 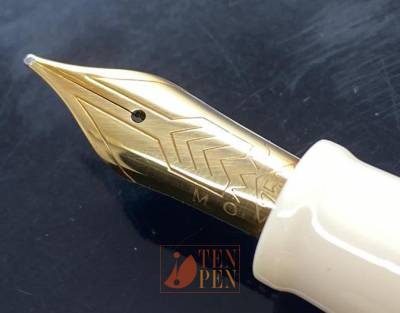 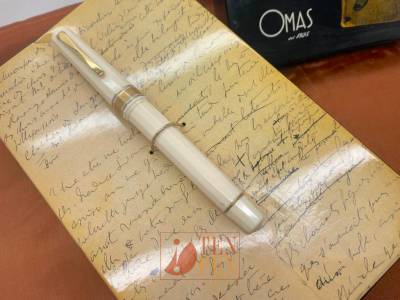