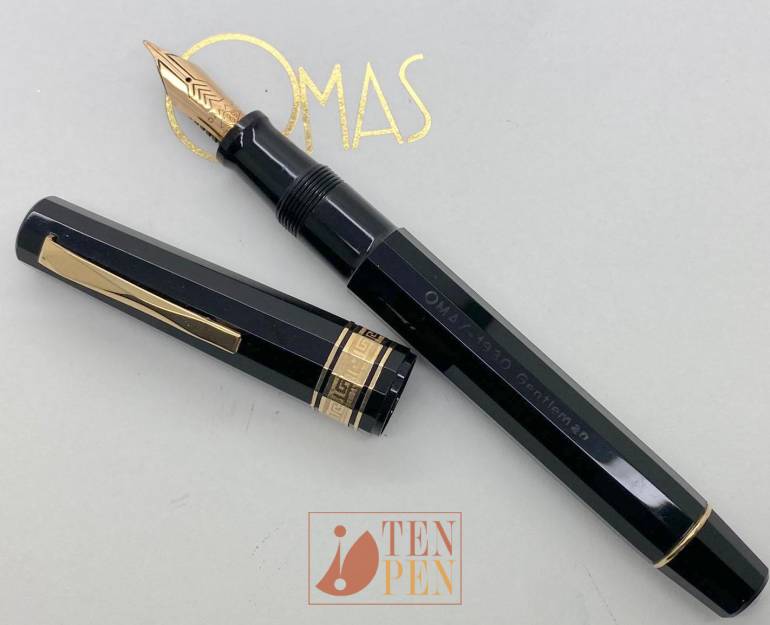 In the 1980's Omas revised its production lines and introduced facetted piston fillers in cotton resin.

The new line comprised facetted piston fillers in black cotton resin  with greek key cap band.  4 sizes were available: top of the range was the Paragon (originally named 557/F and later on simply  Omas Extra) which was fitted with a second decorative greek key band on the grip). The Paragon was the most expensive senior size available. For a less expensive senior model you could have a 1930 Gentleman, which was the same size but had a single tone nib and no decorative greek key band on the grip.

This Omas 1930 Gentleman is pre-owned but in excellent condition. 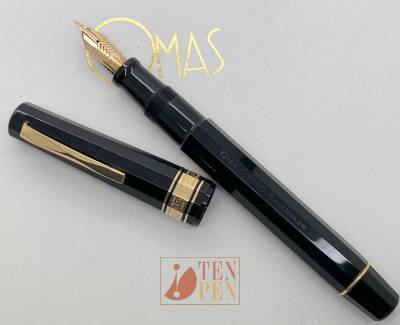 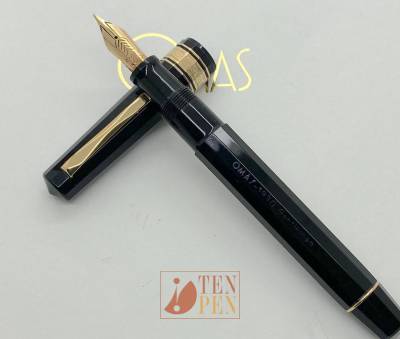 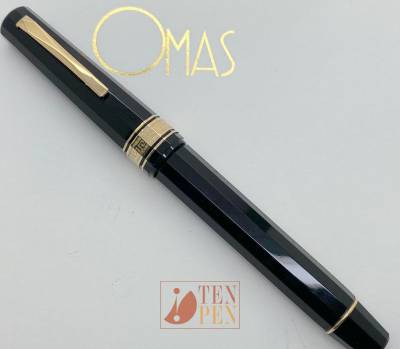 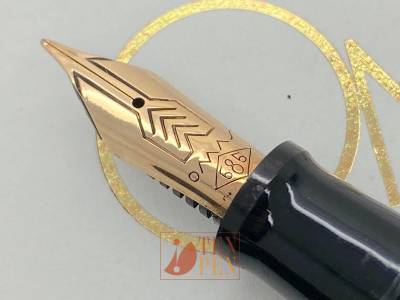 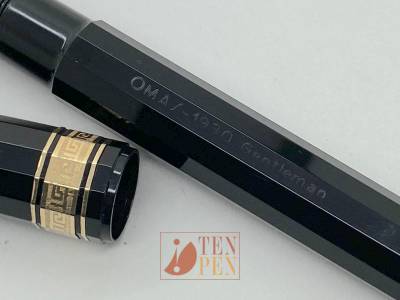