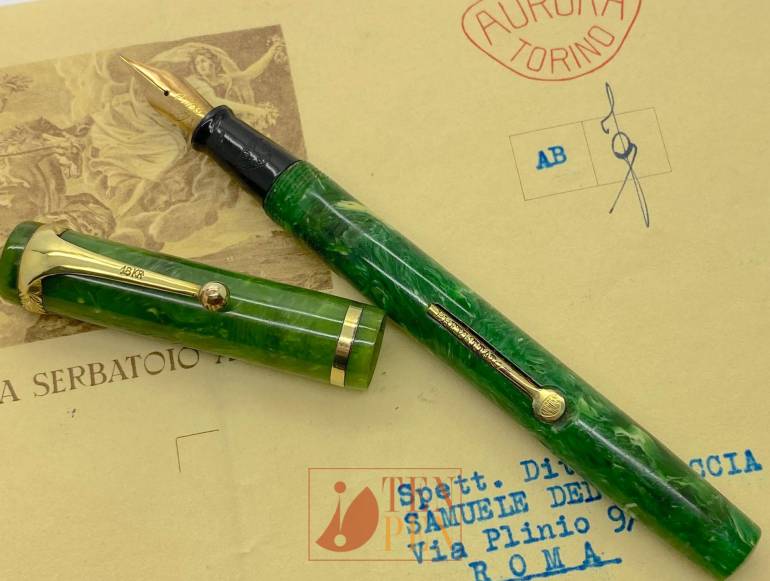 In 1927's, when Aurora introduced the Duplex model, the fountain pen market was heavily influenced by the worldwide success of the Duofold model by Parker.

Aurora remodelled the design of the clip, which retained the classical ball at the end but  became very wide at the top with a soft curvy line, thus acquiring a peculiar elegance which soon became a distinctive feature of the new Duplex line. Later on the clip   was further enriched with the addition of a refined Art Nouveau floral decoration and a filigree band which made it look even richer.

Aurora  Duplex is a superb model which is still one of the most elegant and fascinating pens ever produced in Italy.

It was manufactured in three sizes and fitted with high quality 14 ct gold nibs.

This Aurora Duplex is a medium size in green jade celluloid.

The barrel shows some discoloration and has lost part of the semi-transparency which is still visible in the cap. The imprint on the barrel is very crisp and perfectly visible.

The pen is fitted with a very flexible Aurora 2 1/2 nib and it is a fantastic writer. 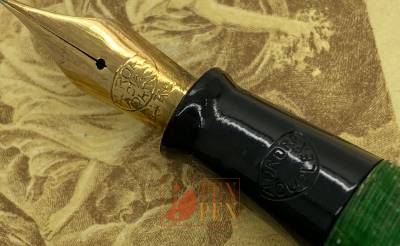 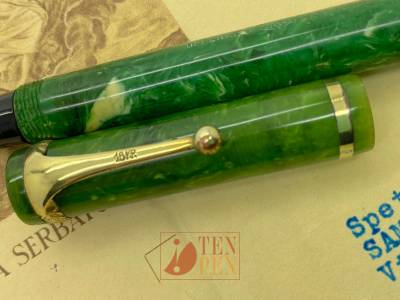 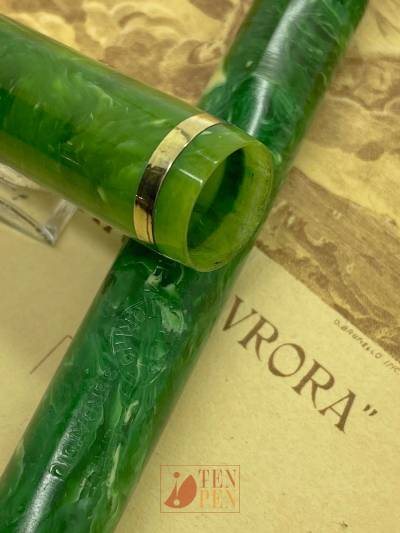 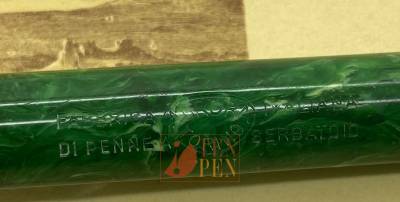 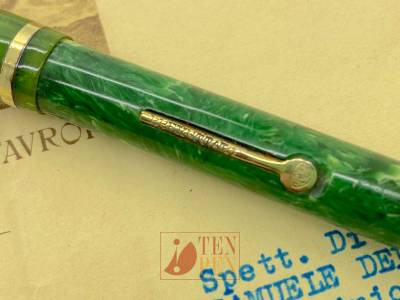 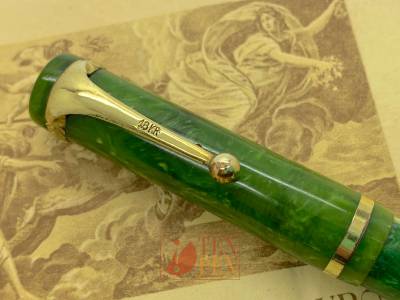 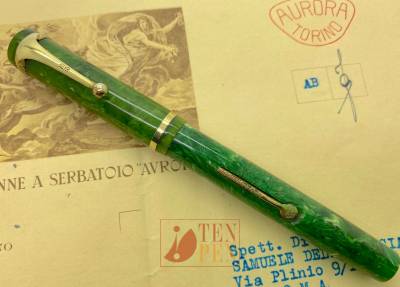 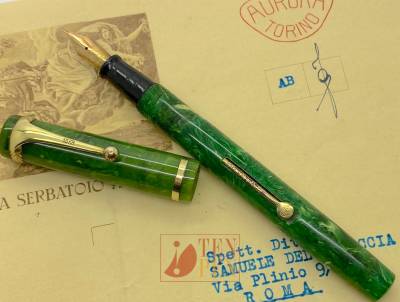