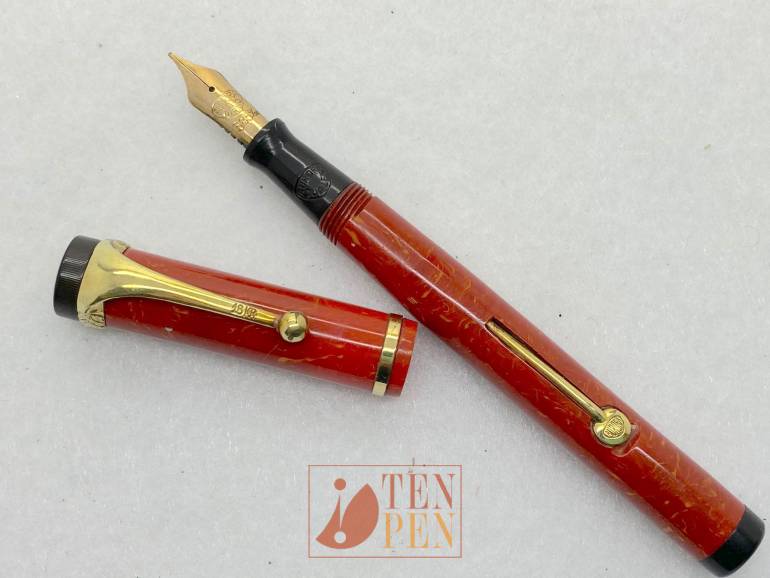 Aurora used three types of clips for the Duplex line: a standard clip with a very large and rounded top, a rich clip with a refined Art Nouveau floral decoration and an elegant filigree band and finally a clip with laurel decoration which is mostly found on lady and medium- sized pens.

This beautiful Aurora Duplex lady pen in coral red celluloid sports a laurel clip which enhances the elegance and style of the model.

The celluloid shows only very minimal traces of discoloration on the cap. The color is still vivid and very intense. 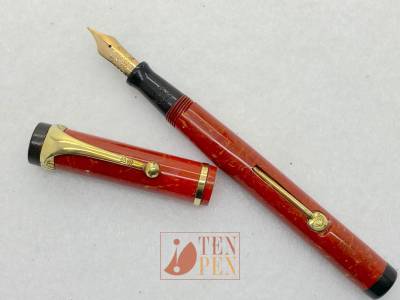 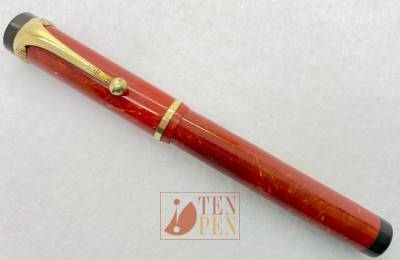 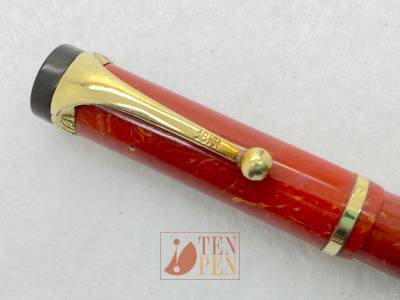 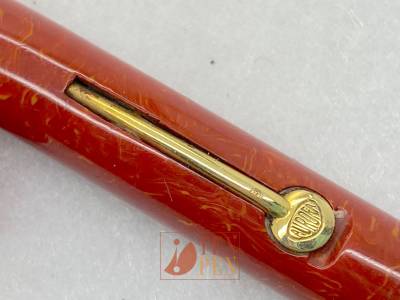 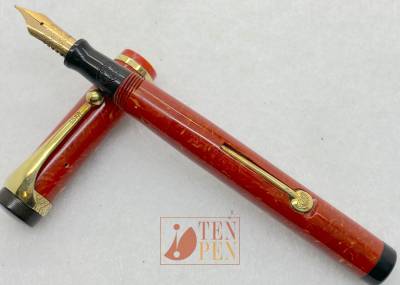 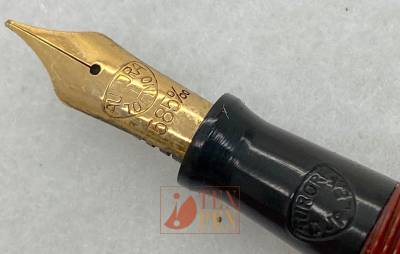 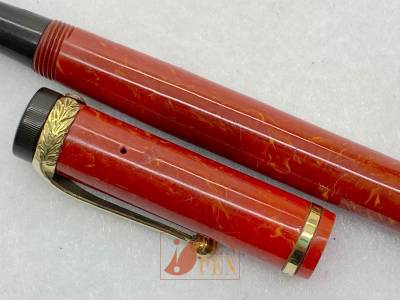