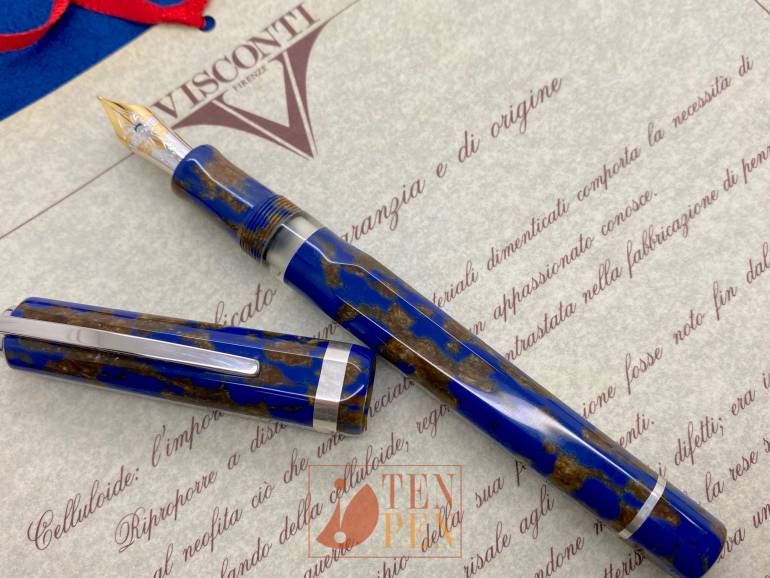 The Visconti Didgeridoo model was manufatured in only 100 pieces for the Australian market. The material Visconti used for these pens was the same blue and gold celluloid which was used for the Titanic limited edition and for Novelli's Augusta special edition.

All Didgeridoo pens have the name "Didgeridoo" engraved on the barrel and are numbered on the turning knob.

This pen has no engravings and it is most likely a prototype which was never marketed. The design is exactly the same as the Didgeridoo as well as the celluloid.

The pen is unused but it comes without box. 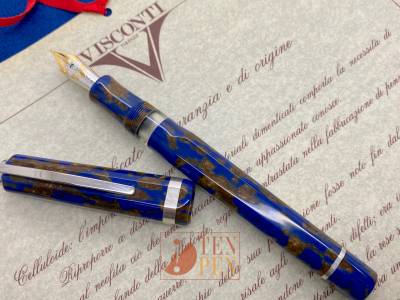 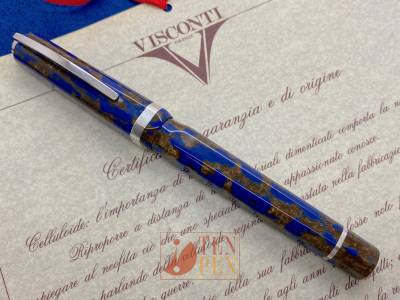 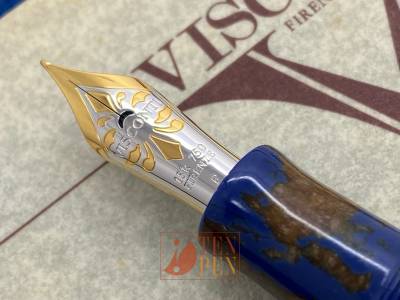 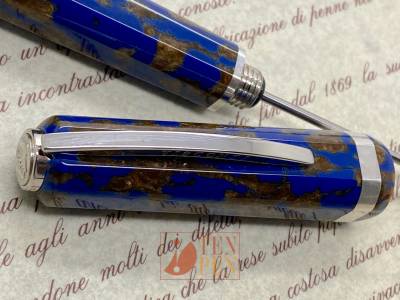 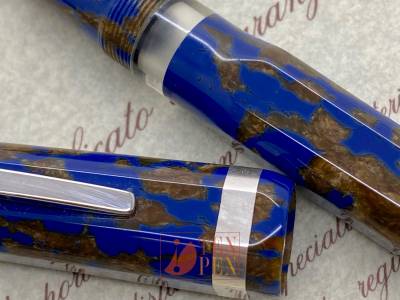 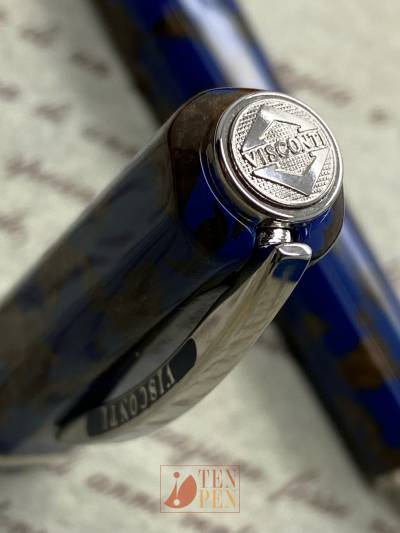 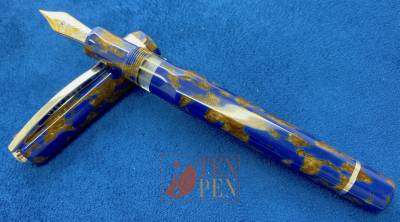