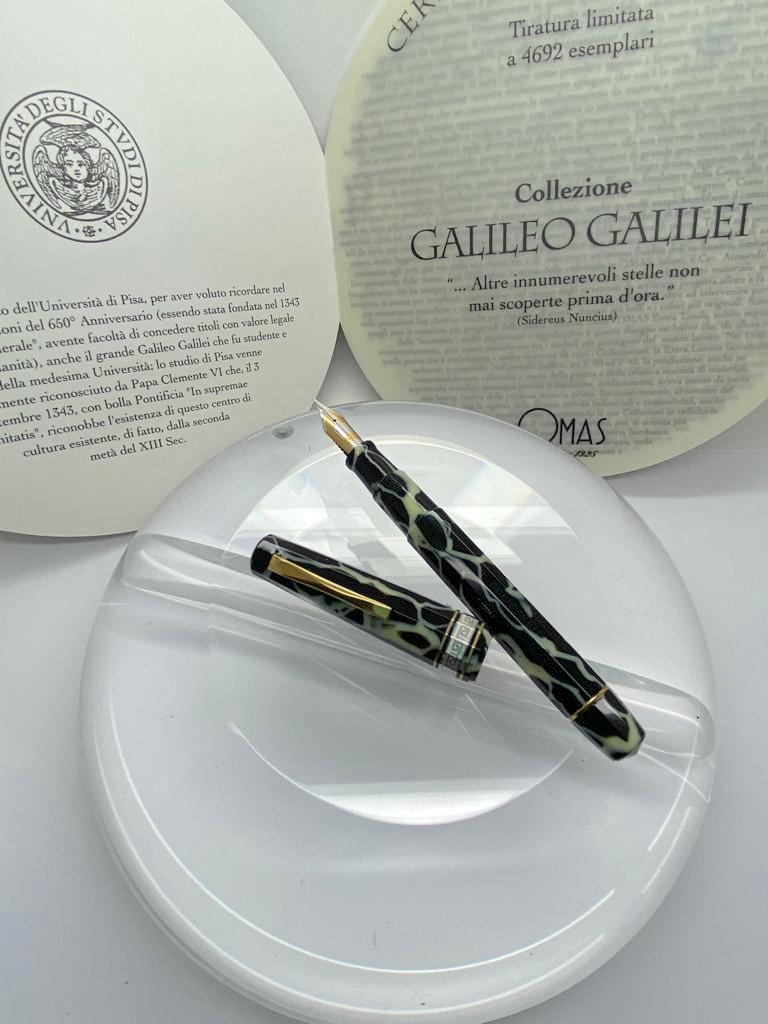 Omas  developed postive relationships with Italian  Universities, such as the University of Bologna and the University of Pisa, dedicating to them special and limited editions to celebrate their contribution to the world of science and culture.

The Omas Galielo Galilei limited edition is one of these special pens which have been designed to evocate the important role of knowledge and science for our civilization. The model was introduced in 1993 to celebrate the 650th Anniversary of the University of Pisa.

The pen is actually dedicated to Galileo Galilei,  whose scientific  research and discoveries are deeply tied with the University of Pisa, where he was  first a  student and then, at the age of 25 only, started to teach. 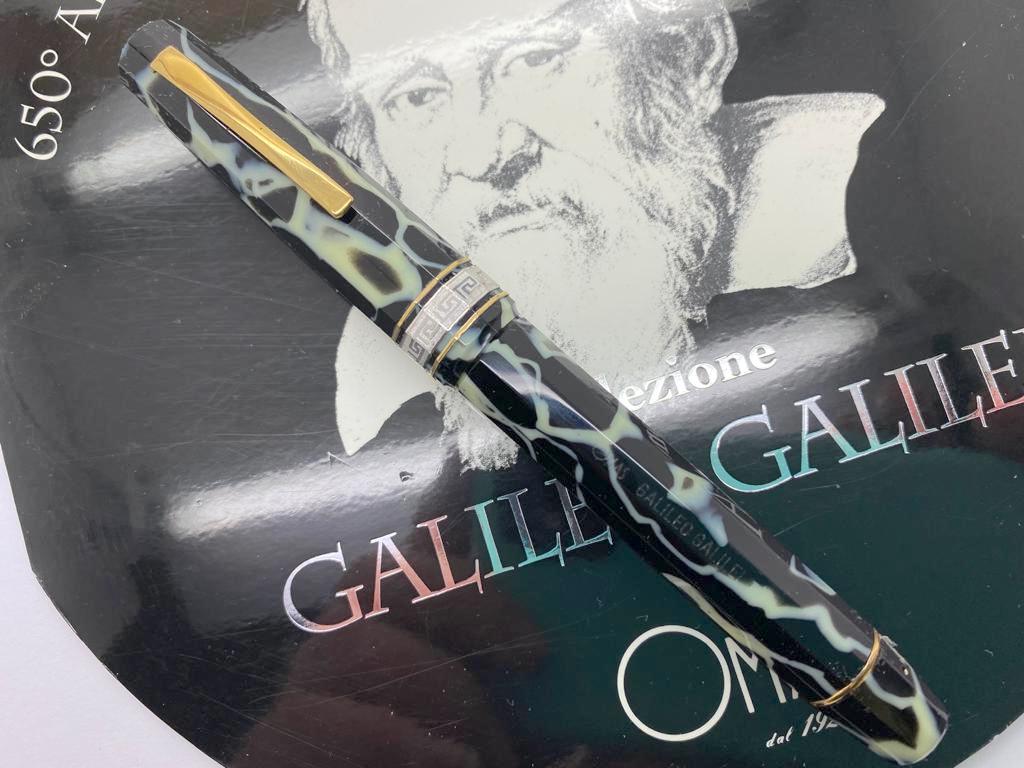 Galileo  was born in Pisa in 1564; it was inside Pisa’s cathedral that he first discovered the basic principles of the pendulum, which later on led to the development of his eliocentric theory and the law of gravity. The famous Tower in Pisa  ( 56 meters) was for him the perfect laboratory to study the principles of gravity and its mathematical foundations.

Galilei was a mathematician, a scientist and an astronomer; he developed  a telescope which allowed him to study planets and support his theory of the sun being at the center of the universe.  His publication “Sidereus Nuncius” was a revolutionary work which changed the perception of the Universe for ever. 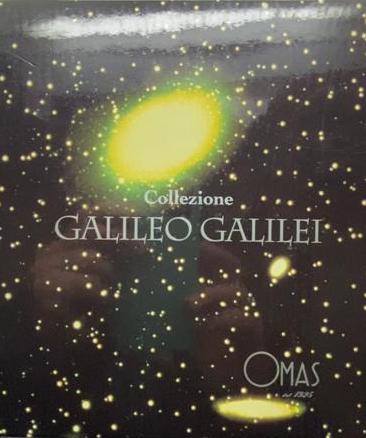 The pen produced by Omas tells this story is a symbolic way.

The model is a facetted paragon in wild celluloid.

The contrast between black and white is replicated in the cap bands, where the central band is with HT finish, while the two tiny rings are gold filled. This color contrast symbolizes the mistery of the Universe, where darkness and light  develop a constant contrast.

The packaging is composed by a black outer box with the image of stars, to make reference to astronomy and to Galileo’s study of the planets.

The pen is housed in a large semi-spheric plexiglass container which hints at the lens of the telescopic instrument Galileo invented.

Finally the number of pieces produced is 4692, which is the figure deriving from the multiplication by three of Galileo’s date of birth; three, because, Galileo’s telescope had a triple magnifying power. 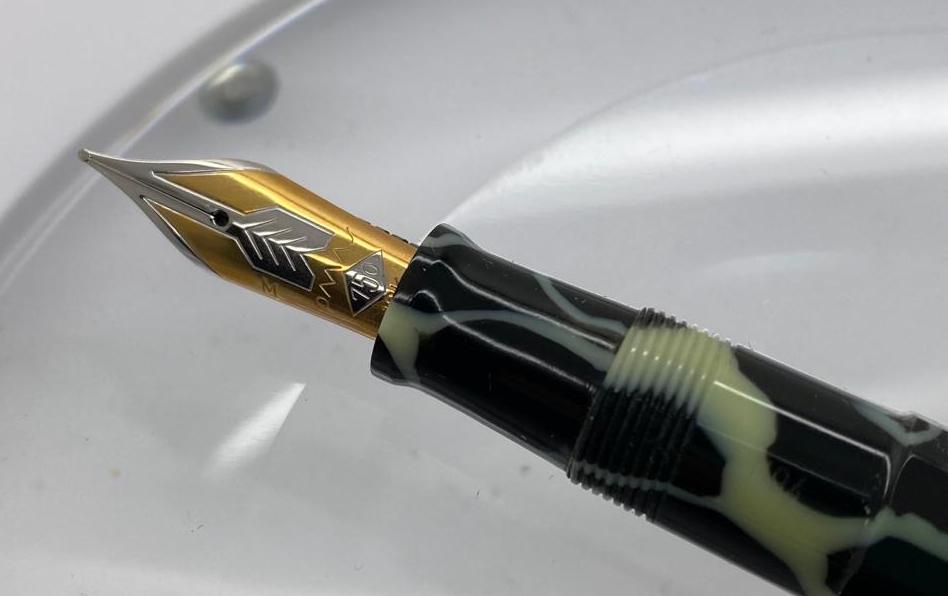 This limited edition is certainly one of the most elaborate and appealing pens produced by Omas in the 1990s. It is a beautiful writing instrument which talks about a very fascinating piece of history and science.